The Night Guest will only attack you during the night. He has a very large HP bar (which is purple instead of red and the arrow on the mini-map is black with a red outline, and is the only entity in the game to have this unique arrow), and as of now, his HP can't be reduced.

Once spawned onto the map, he will run straight at you and begin attacking you. If you are at any open location, standing within the large arcane symbol spawned in the map will provide protection against the Night Guest. You can also carry a torch with you, and the light will prevent him from attacking you (as long as it stays lit or is in your hand, except in rain); or you can run directly to the edge of the map, and when you reload the area he will be gone. However, he will very likely return again and again as long as it's still night so you'll have to keep a close eye on the mini-map and run as soon as you see the black arrow headed towards you. He can be trapped within a room and will not despawn until he is outside the range of your mini-map.

If the Night Guest is trapped and does not leave the range of your mini-map, he can continue to stay spawned throughout days and nights all the while running left and right trying to escape.

(i.e. Club does 14 damage, reduced to 3 damage per hit when attacking Night Guest)

(i.e. Scimitar does 59 damage, reduced to 25 damage per hit when attacking Night Guest) 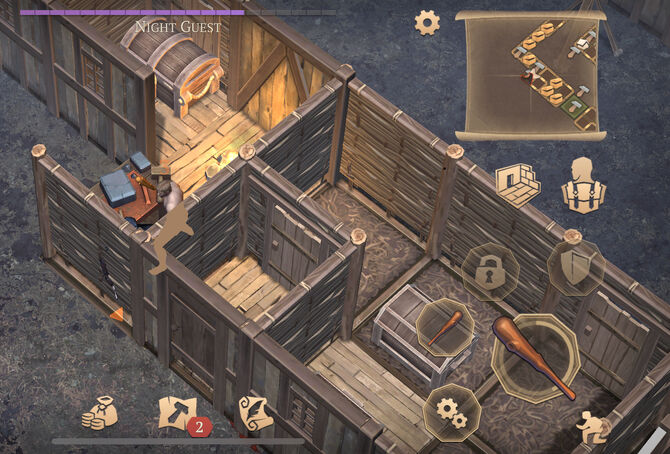 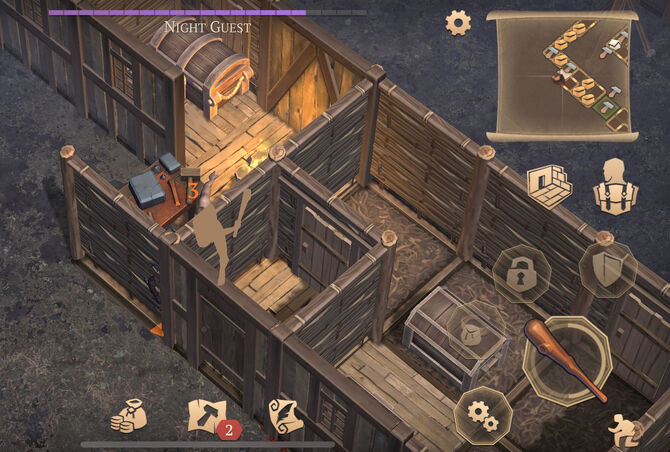 Giving it the stick

A romantic Night with Night Guest

Community content is available under CC-BY-SA unless otherwise noted.
Advertisement